Lillie Foulé’s bedroom doubles as her play space (and at times as a play space for her baby brother too). Her mama reached out to me because she was feeling overwhelmed by the space, which had become cluttered and wasn’t fostering independent deep play. After an initial consultation it was evident that the main issue was LF had too much stuff.

Being her bedroom, the room needed to have a bed and a space to store all her clothes. It is also the access for her parent’s bedroom door, which is in the finished attic. Being her play space, there was a lot of toys, stuffies, art supplies, and lot of miscellaneous. Lillie Foulé is a vivacious creative four year-old, so finding a way to create a calming sleep space as well as an inviting play space was the challenge. 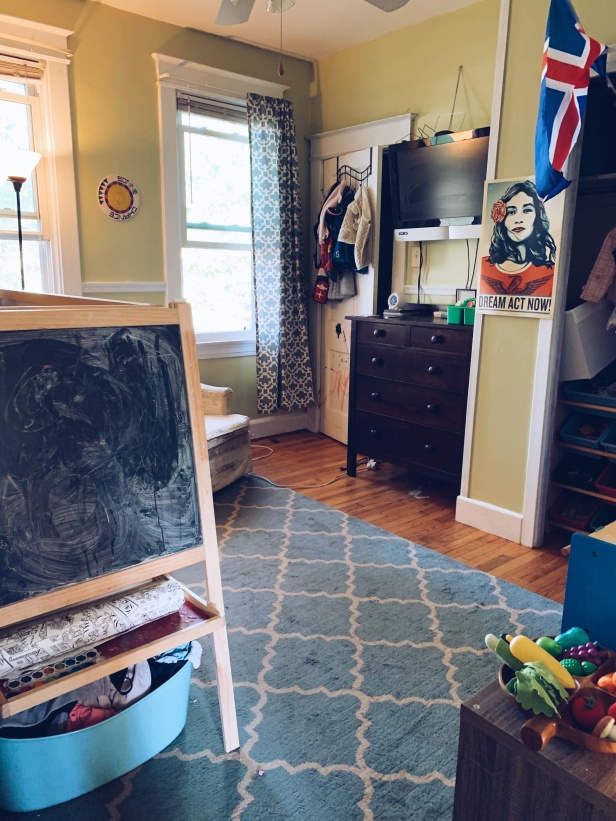 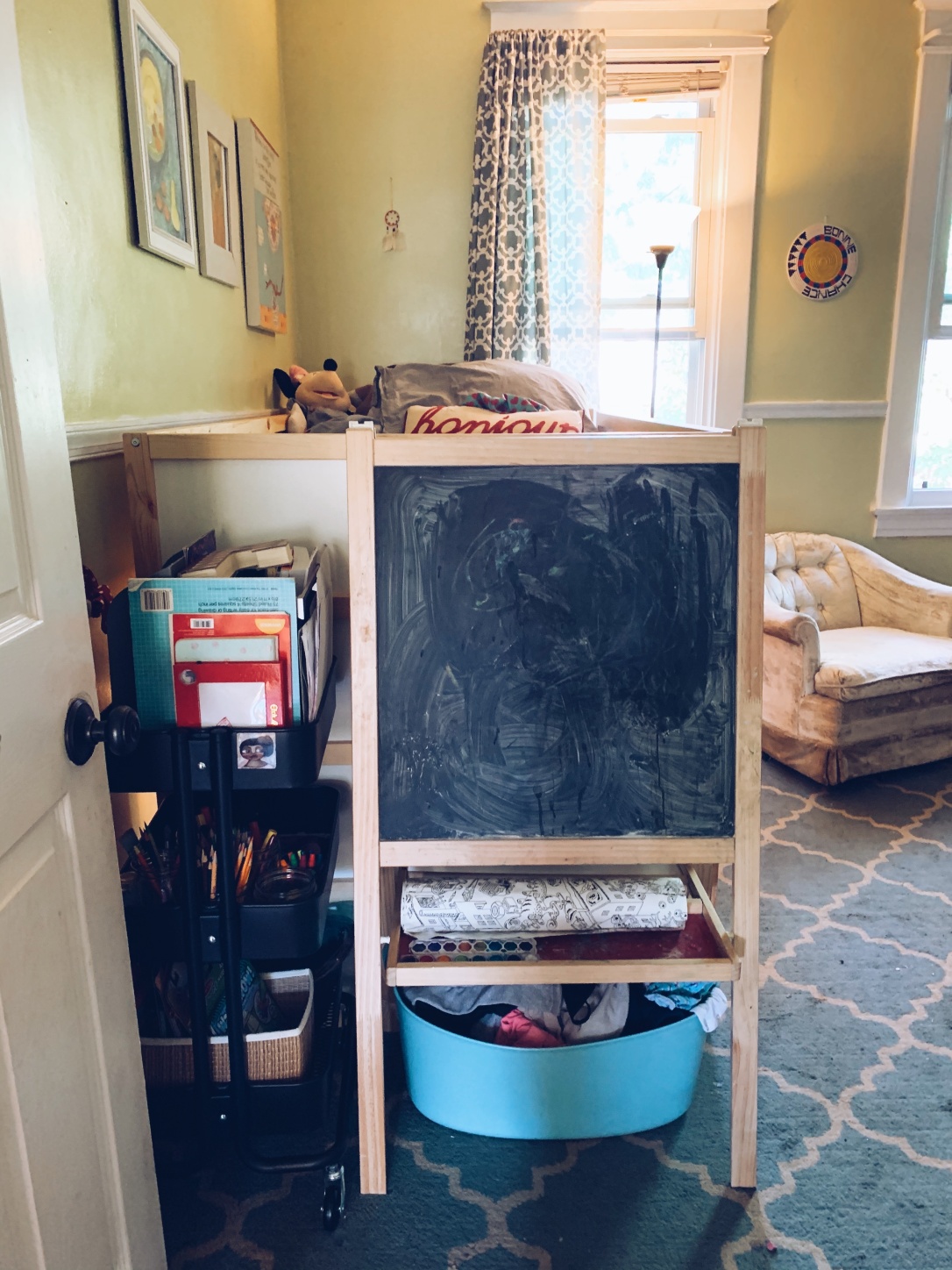 Ultimately we didn’t need to purchase much at all for Lillie Foulé’s space. I ended up bringing in a couple of baskets, a few new open-ended toys and art materials, the tiny cube shelf, the play kitchen, and kitchen accessories. Nearly all were free or thrifted. This is good example of a space where folks have everything they need and it’s just a matter of cleaning, organizing, and reworking the space.

Just a mum | hot mess | thrift addict. I want to makeover your playroom + toys! View all posts by Mandy